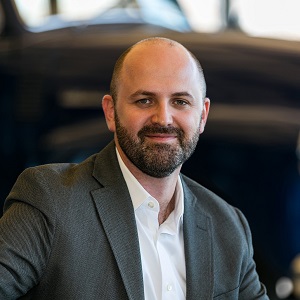 Vlad Kapitonov was born and raised in Chelyabinsk, Russia. After graduating high school in 1996, he moved to Detroit to attend College for Creative Studies. Upon completion of his Degree in Industrial Design, Vlad began his professional automotive design career with General Motors.

Some of the early projects Vlad was involved with as a GM designer were the interior of the 2002 GMC Terra4 Concept truck and exterior design of the 2006 Cadillac Escalade. In 2005 he was part of a small but very capable exterior design team that created the 2006 Chevrolet Camaro Concept and subsequently the 2009 Corvette Stingray Concept. Between 2008 and 2012 Vlad was on an assignment in Seoul, Korea, managing the architectural development of the Chevy Spark and Opel Karl, and leading the team on several advanced design programs, including the initial packaging and theming of the Chevrolet Bolt Concept.

After his return to GM Design Center in Warren, MI, Vlad was assigned the lead role on the exterior design of 3rd generation Chevrolet Equinox, as well as the 2016 mid-cycle enhancement. Starting late 2014, Vlad Kapitonov transferred to Performance Car Exterior Studio, where he guided the design of the 2020 Corvette Stingray, Stingray Convertible, and the C8-R race car from sketching to production.