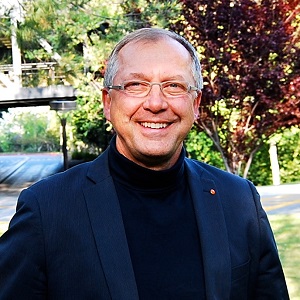 In a career spanning more than 35 years, Stewart Reed has designed everything from a dune buggy to a classic Bugatti.

Reed has chaired the Transportation Design Department at ArtCenter College of Design since 2005. That’s a full-circle journey for Reed, who as a youth, won a design scholarship from General Motors that enabled him to enroll at the famed Pasadena, California school.

After graduation, Reed joined the legendary Bruce Meyers, the originator of the California dune buggy, where he designed the Manx SR, a street roadster still considered to be one of the best-executed roadworthy kit cars.

He then joined Jeep and Chrysler Advanced Design where he penned the first mini-van concepts and a special military vehicle. Next, he joined Toyota’s California studio, Calty Design, as chief designer responsible for advanced concepts, including the FXV, a four-passenger sports car, which premiered at the 1985 Tokyo Motor Show.

In his career, Reed has designed more than 30 concept vehicles. In 1995, he established Stewart Reed Design (SRD), whose clients have included Michelin, Icon Aircraft, Herman Miller, Nissan, Hyundai, Ford and Lockheed Martin. He also designed the spectacular Cunningham C7 coupe for Bob Lutz and Briggs Cunningham, which was unveiled to wide acclaim at the 2001 Detroit auto show.

Recently, Peter Mullin (The Mullin Automotive Museum) sought out Reed to “reimagine” the coachwork design for a historically significant Bugatti Type 64 chassis. In 2016 Reed was honored with the “Design Lifetime Achievement Award” by EyesOn Design in Detroit, joining a prestigious list of past recipients.