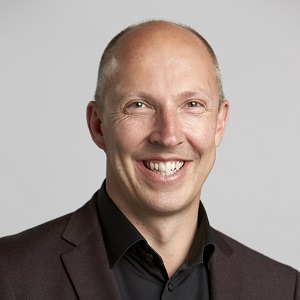 Born in Coventry, the capital of the car industry in England, Robin Page started his career as a Design Engineer Apprentice at Jaguar Cars Ltd. He studied both engineering and fine art in order to fulfil his boyhood dream to study at Coventry University and complete a BA (hons) degree in Transport Design.

In 1995 he started work at Rolls-Royce and Bentley as a designer mainly creating one-off designs for individual wealthy costumers around the world. After the takeover of Bentley by the VW Group in 1998, Mr. Page competed for the interior of the new Continental GT and won the design. By 2001 he had shown his talent as a designer and was promoted to Head of Interior Design for Bentley. He then penned the design of the Continental GTC, Flying Spur and the interior for the State Limousine for Queen Elizabeth II.

Mr. Page design managed the interiors for the Bentley Mulsanne range and the 2nd generation Continental range. With the success of the design of the new Bentley Flying Spur, he was asked by VW group to work on a future Bugatti Interiors (2011-2012).

In 2013 Mr. Page accepted a new challenge offered to him by Volvo Cars Corporation to help fulfil their future vision of the company to achieve a more premium feel in their interior design. He led the interior design team in the creation of the award winning trio of concept cars and the final creation of the New 90 cluster, 60 cluster and new XC40, which have already symbolized a large step forward for a more premium feel for the future range of Volvo interiors. In 2015, he received the Interior designer of the year award as a symbol of his success of the new design work for Volvo.

In 2017, Mr Page was promoted to Head of Volvo design to lead the team to create the next generation of Volvo cars.

Mr. Page is now Head of Design for Volvo Cars.