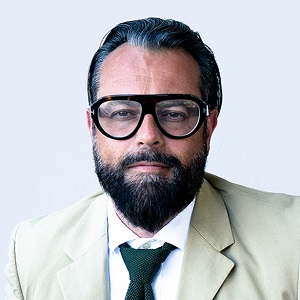 Pontus Fontaeus is a renowned Swedish Car Designer with nearly 30 years of design experience in areas of Automotive, Transportation, Product and Graphic Design including Advertising & Illustration, as well as Architectural design.

After graduating from Art Center College of Design in Switzerland 1993, Mr. Fontaeus started his automotive design career at GM Opel design studio in Russelsheim where he was involved with various exterior and interior projects. Then at Renault Design in Paris, he was a lead designer for various concept and production projects.

In 2000, he moved to Volkswagen group’s Design Center Europe in Sitges where he was involved with various automotive, product, and architectural projects, including Magellan Concept Car and Volkswagen’s Berlin design studio.

As an Advanced Design Manager of Europe for Kia, he led the exterior and interior development of Cee’d line and Kee concept.

Mr. Fontaeus then became the Interior Design Director for Volvo, leading the interior design of various Volvo models, including 40, 60, 70, and 80 series. Then, he move to Ferrari in Modena, Italy to lead interior design team to finish of FF and throughout the development of F12 Berlinetta, including merchandising design program.

At Land Rover, he was the lead designer for the interior of Future Vision Discovery Concept shown in New York and Beijing in 2014. Along the years, he also had a stint in various interior design opportunity, including Singapore Airlines New Business Class interior, Scania Next Gen interior, Scuderia One Cabestan by Ferrari, watches for Tag Heuer, and ski equipment for Salomon.

Mr. Fontaeus then served as the Design Director for Faraday Future responsible for the FFZERO1 and FF91 interior as well as creating the iconic FF logotype, and leading branding, CMF, Experiential Architecture, Industrial Design, Visualization and Movie teams. He was also responsible for the interior of LeSee concept car, first unveiled in Beijing in 2016.

In 2017, Mr. Fontaeus took on a new challenge offered by Guangzhou Automobile Corporation to establish GAC’s first oversea design studio and elevate the design and brand of GAC for the next generation and beyond. He is currently an Executive Design Director for GAC Advanced Design Los Angeles.