Coventry University student Jake Lockyer has won the European leg of the Global Bold Perspective Award with his design for Andarta, a luxury grand tourer. Jake has won $5,000 and a trip to the LA Forum (and auto show) courtesy of Magna, to discover who will win the overall competition, which comes with the prize of another $5,000. The

regions have already been announced. The Magna Global Bold Perspective Award competition asked students to design an exterior for 20-30 years in the future, and Jake’s luxury vision of an adventure focused design as a means of self-fulfilment caught the Judges’ eyes. 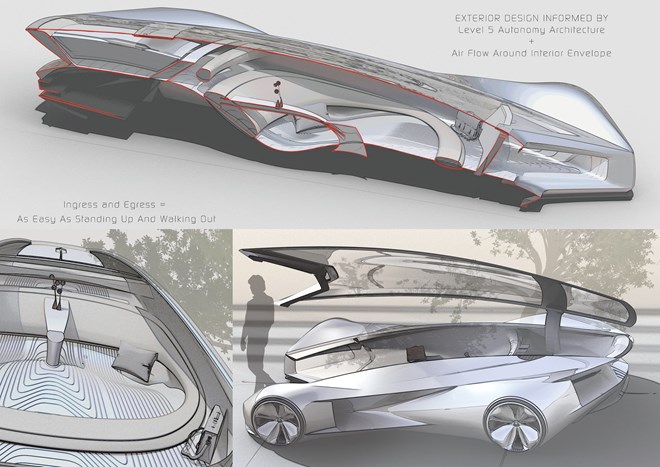 Jake’s design looked at the position of the GT segment within the autonomous mobility market and suggested ways that autonomous technology could enhance, rather than erase the aspects of that segment that drivers love.

was drawn to the “pure emotion” of this concept. “The form language and graphics are well-resolved and express ‘future’,” he continued, “Jake’s sketches and digital work are world class!” 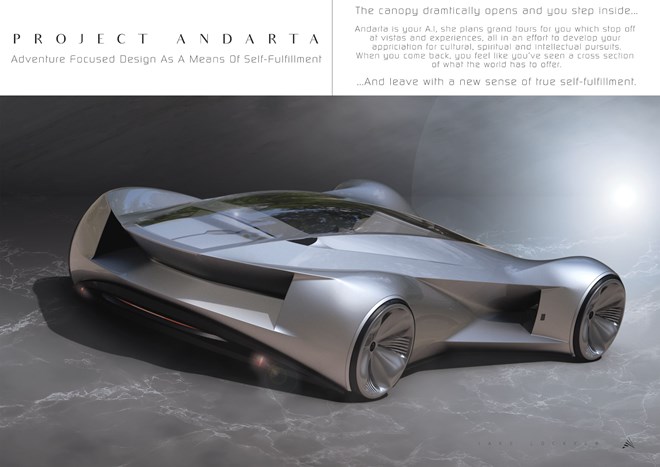 of Harley Davidson said: “This entry takes the concept of grand touring and amplifies the experience. The vehicle is of course a beautiful design on its own but the idea is what drew me in – a car that can take you to places you’ve never been in total luxury, comfort, and style. I thought this was very compelling. Typically ideas like these generate nondescript vertically orientated modern boxes. From the inviting interior to the well balanced horizontally-structured exterior proportions the vehicle delivers something totally unlike that – which also makes it exciting to look at.” 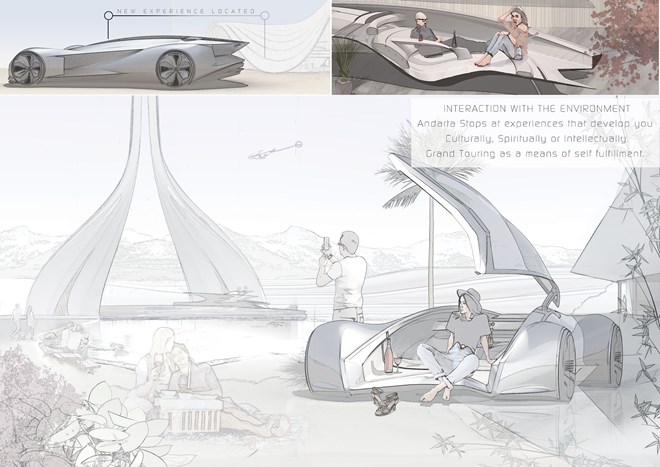 The concept, Andarta, is an artificial intelligence – she gathers local intelligence from around your current location and uses it to create a tour of that location. While on your tour you arrive at beautiful vistas, ancient and modern points of interest. With Andarta, when you come back from your grand tour, you have the value of personal development, better bonds with the person you went with and a new appreciation for the people and culture you explored. 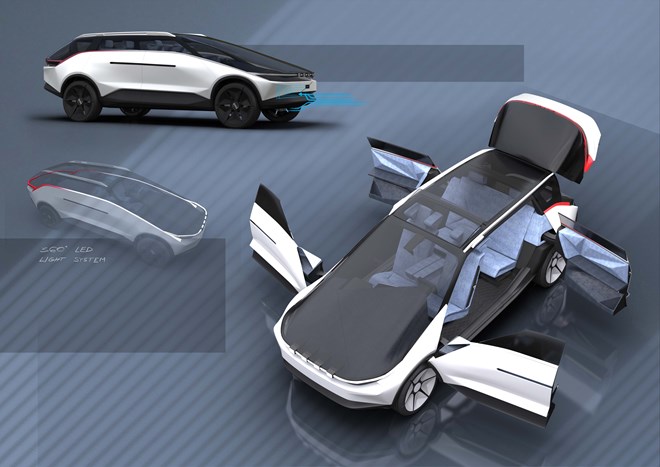 The runner-up spot was won by Karol Proba’s design for a future electric Volvo V100. It carefully considered the use of the interior space and on the exterior, consideration had been given to how air can be directed under the lower part of the bumper to cool the battery. In this proposal, the lights around the exterior, a 360-degree LED light system, indicates autonomous driving mode and communicates what the car is going to do next. Judge Freeman Thomas called it “a mature concept that took into account a realistic future. The design language and story were compelling and inspiring.” He loved the simple, edited surfaces and the way Karol had captured the DNA of a possible future Volvo.

on the first press day of the LA auto show.